The Bedford is a pub behind the Sainsburys by Balham’s train and tube station. It is three floors of fine music, cabaret, comedy and dance classes. 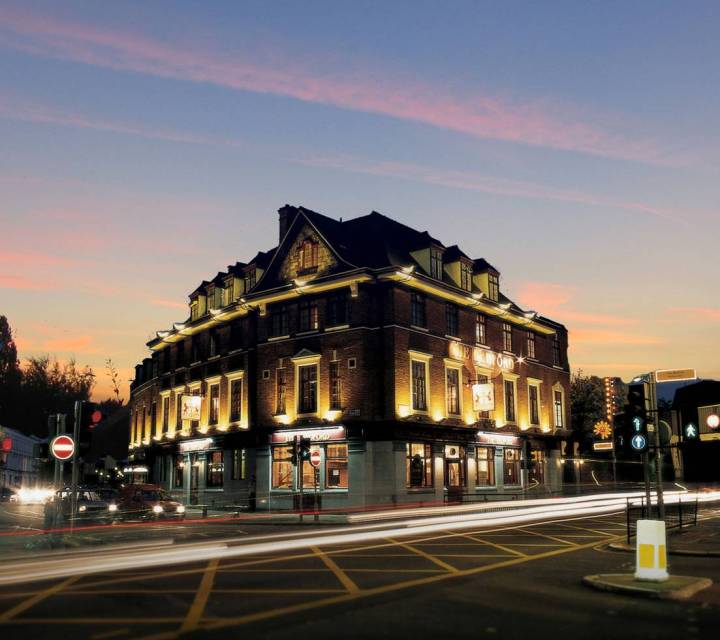 I went Sunday after returning from heavy night of drinking the night before, and the dimmed lights coupled with the chilled out Sunday atmosphere was well appreciated. It is as large on the inside as it looks on the outside, with a bar that stretches 360 around the middle of the floor. The furniture is a mismatch of worn wooden chairs and elegant Cheshire couches.

Choosing a table near the grand fireplace, I looked at today’s menu and went for the fish and super chunky chips, while my boyfriend decided on the tradition beef Sunday Roast. There s a small selection of craft beers and Lagers of which I chose  a Vedett Blond.

My battered fish arrived and it did not disappoint! Served on a bed of chunky chips, minty mushy peas (Godly) and a Tartare dip. It wasn’t greasy like your normal take away chippie, nor was there over bearing ratios of batter to fish. The fish flaked away effortlessly onto my fork. The chips are crisp too with a soft, fluffy inside.

Whatever day of the week you want to come down, there is surely to be something interesting going on.

6 thoughts on “The Bedford – In Review”

Surrey student living in Tooting, working in London for the year. I'm opening my private life for you to see. View all posts by Tooting Hustle